Having a car with a sluggish engine response will make you late in the office. Have you experienced such type of incident? One of my friends said he was fired from his office 20 minutes late. Previously, it was identified that spark plugs or wires are the problem source. Now, there are lots of culprits to harm your car’s acceleration.

What does ‘Reduced Engine Power’ mean?

Sometimes, our car goes through some big or small problems, and within all significant issues, the engine problems are known to be the foremost problem. The ‘Reduced Engine Power’ light is the same as ‘Check Engine Light’ and does illuminate your dashboard if your car is not accelerating properly. It is essential to know this problematic occurrence to ease your concern.

The ‘Reduced Engine Power’ is detected through a light that alerts you before your car gets into a fail-safe mode. Sometimes, if a vehicle goes with minimum engine power, the ECU deletes the fuel delivery for limited issues the next time.

What causes a car to reduced engine power?

It is an electronic system that causes a problem in your vehicle. The TAC system is known as throttle actuator control and is engineered in a lot of modern cars. The ECU measures two accelerator positions to accelerate the appropriate throttle response in a TCU. Then, all great systems like controlling airflow, throttle response, and acceleration come under review. An issue with these systems, especially the throttle actuator control system, triggers the ‘Reduced Engine Power’ light to go on your dashboard. The research says the TAC system’s problem involves a faulty electronic fan clutch or an issue with the fuel system.

A loose wire or harness can be the reason for reduced engine power. Our car brims over the road, and the connectors dance through the run and become loose in the electrical system. Be mindful of checking the connectors such as clamp, wire, and harness if you feel any issue with your vehicle. Fix a loose ground wire ASAP!

It is said that a good clutch can last up to 110,000 miles, depending on the maintenance of the vehicle. Reduced engine power shows clutch failure symptoms most often and stops the clutch from your driving habits. Through the clutch failure, a vehicle shows noises, chatters, and pulsate problems.  Doing a transmission service will help you anyways.

An issue with the “OXYGEN SENSORS” can be the leading cause of failing engine power. What do oxygen sensors do anyway? These sensors account for the amount of oxygen going through the exhaust system and adjust the engine combustion’s air-fuel mixture. Any problem with the oxygen sensors can illuminate the “Reduced Engine Power” light or ‘Check engine light.’

Like all essential sensors, a real driver can’t deny the importance of a mass airflow sensor. You’ll find it in the middle of the compartments of the intake manifold and the air filter. The MAS measures air pressure or flows running in a direct injection engine. It plays a harmonious role between the incoming air and fuel combustion within the engine. 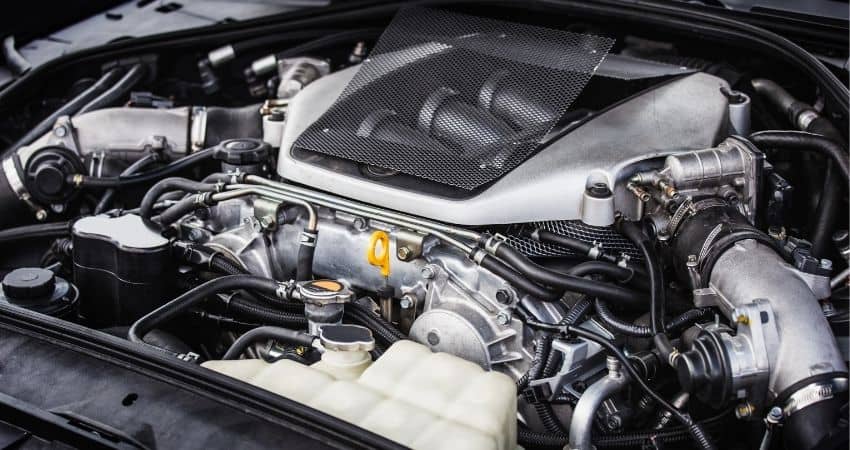 How To Bypass Reduced Engine Power

How to bypass reduced engine power if Connections loosen:

We have mentioned earlier that loose wire, harness, or connections can reduce engine power and turn the limp mode. What’s the solution in case? Turn the vehicle off, disconnect the battery and start inspecting the loose connections gently. Do you see them loose? If it is the reason, reconnect the connection.

Note: Sometimes, the wire can be damaged. Change it if necessary!

How to bypass reduced engine power if Oxygen Sensor failing:

‘OXYGEN SENSOR’ is the most listened to name among all vehicles’ sensors. This sensor becomes dysfunctional and starts showing major engine fault. It’s ideal for replacing the ‘OXYGEN SENSOR’ instead of servicing it. Get a new one.

How to bypass reduced engine power if faulty MAS found:

How to bypass reduced engine power if your car is detected with a faulty mass airflow sensor? You’ll get the sensor between the air filter and intake manifold. Cleaning the sensor with ‘SF-16 Motor Treatment’ or with a ‘Microfiber Towel’ will clean the junks and make the MAS sensor capable of performing well. You may need to change the sensor if required!

How to bypass reduced engine power with clogged ECU

The ECU (Electric Control Unit) mostly diagnoses the car’s fault and fixes it with error code professionals. What if the ECU itself becomes the main source of reduced engine power? You will have no other option than to repair or replace the ECU with auto service. Remember, an upgraded ECU addresses the car’s problem immediately.

How to bypass reduced engine power when clutch chatters

A clutch starts chattering once after it goes through the low transmission fluid. This can be the main cause of reduced engine power mode. Changing the transmission fluid with new stuff will solve this problem.

How much does it cost to fix reduced engine power?

The cost to fix reduced engine power depends on the problem. A throttle body issue, bad Oxygen sensors, faulty MAF, and many more causes can be behind it. We discussed the reasons above. Let’s see the cost range-

We have seen most clients did change their throttle bodies altogether to gain stock engine power again. Replacing throttle bodies often costs between $80 to $300, depending on the makes, models, and labor costs. However, before going for an entire replacement, it’s essential to clean it out yourself first.

An oxygen sensor is essential to adjust the air-fuel mixture to the engine combustion and measures the airflow through the exhaust system. There are two Oxygen sensors in modern vehicles, after and before the catalytic converter. Replacing a bad oxygen sensor can cost between $50 and $500.

CAN A BAD BATTERY CAUSE reduce ENGINE POWER?

A bad battery makes ‘Check Engine Light’ on instead of ‘Reduced Engine Power.’ Logically, a clogged battery can cause reduced engine power indirectly. If you have a Ford and cranking due to insufficient battery power, changing the Ford battery will be a reliable solution in the case. Check our article on this issue- BEST BATTERY FOR Ford F150.

Having a car is a wonderful thing we use. After a long run, the car gets reduced in engine power. When you see the reduced engine power light on, it would be beneficial to properly fix severe issues and make your engine’s health better from suffering.